After our pre-dinner livener, we retired back to the stateroom to get ready for dinner. One nice discovery in the room was that the Smart TV has a USB input on the side, from which we can play video.
It’s the first night, so there were pretty long queues for the late sitting in the Britannia as guests were being shown to their tables. As previously stated, we had a table for 10, unfortunately only 6 of us were there. That didn’t detract from a very enjoyable evening and it was a pleasure to meet Jeff and Hazel, and Pat and Gina. Dinner itself was excellent, with both Jane and myself starting with Chicken Liver Parfait, with Jane having a main of Roast Lamb, and me a Steak. Pudding was a Brulé and Strudel respectively.
After that we retired to bed, overtaken by the day’s excitement.

While Jane was unpacking I was down in the MDR checking out the dining arrangements. I was pleased to find out we got the table for 10 that we asked for. I also passed by the purser to check that all our on board credit was in place, it was, so we can now start spending.

We had the muster drill at 16.00, which was over soon enough. Once that was finished, we took a stroll along deck 9 to see the sail away. Jane turned down the chance of a glass of champagne, which I thought strange, until she said she would rather have a Cosmoin the Commodore Club, normal service is resumed! Apparently they do the meanest Cosmo, period! 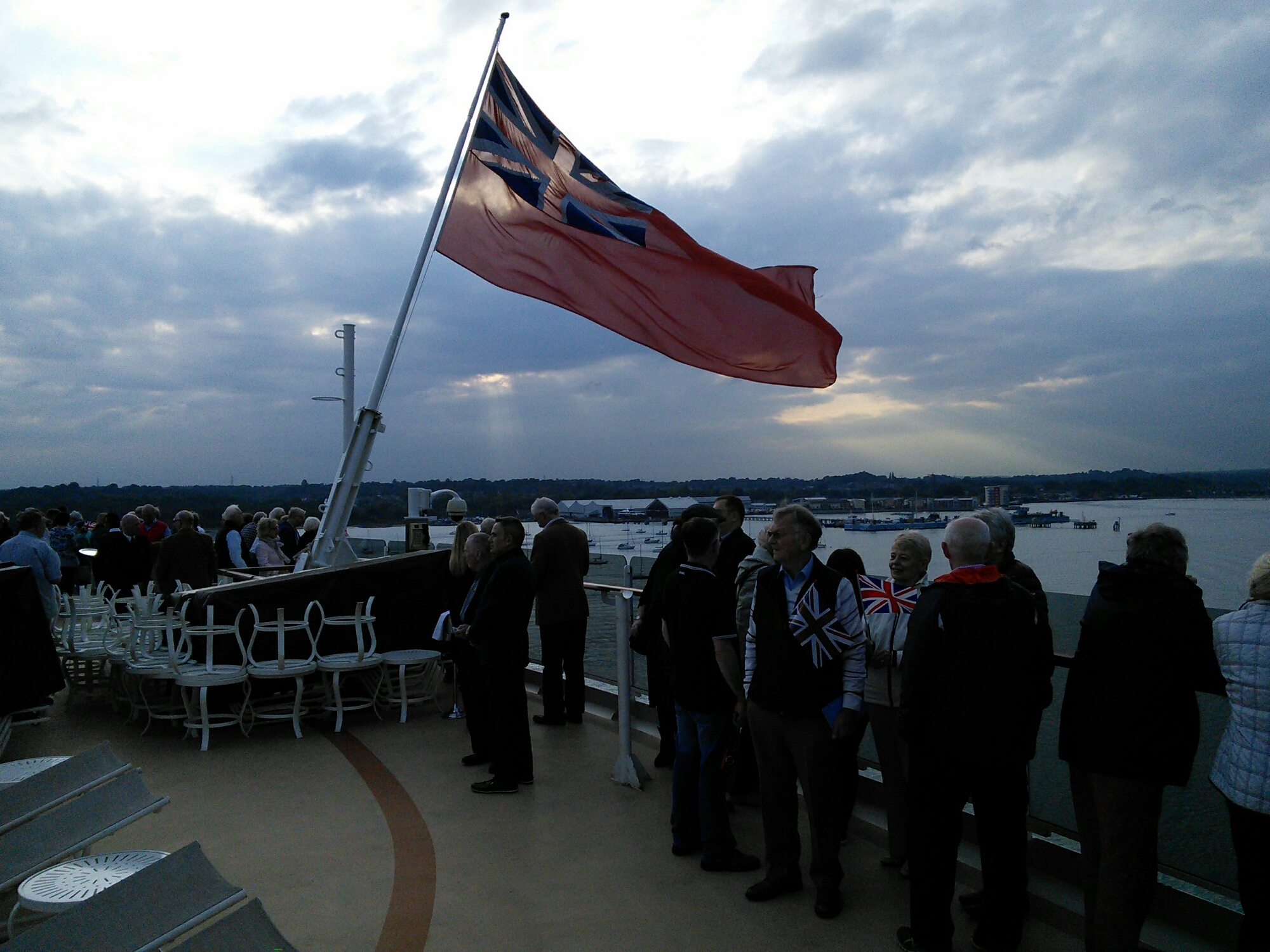 P&O’s Azura following us out of Southampton 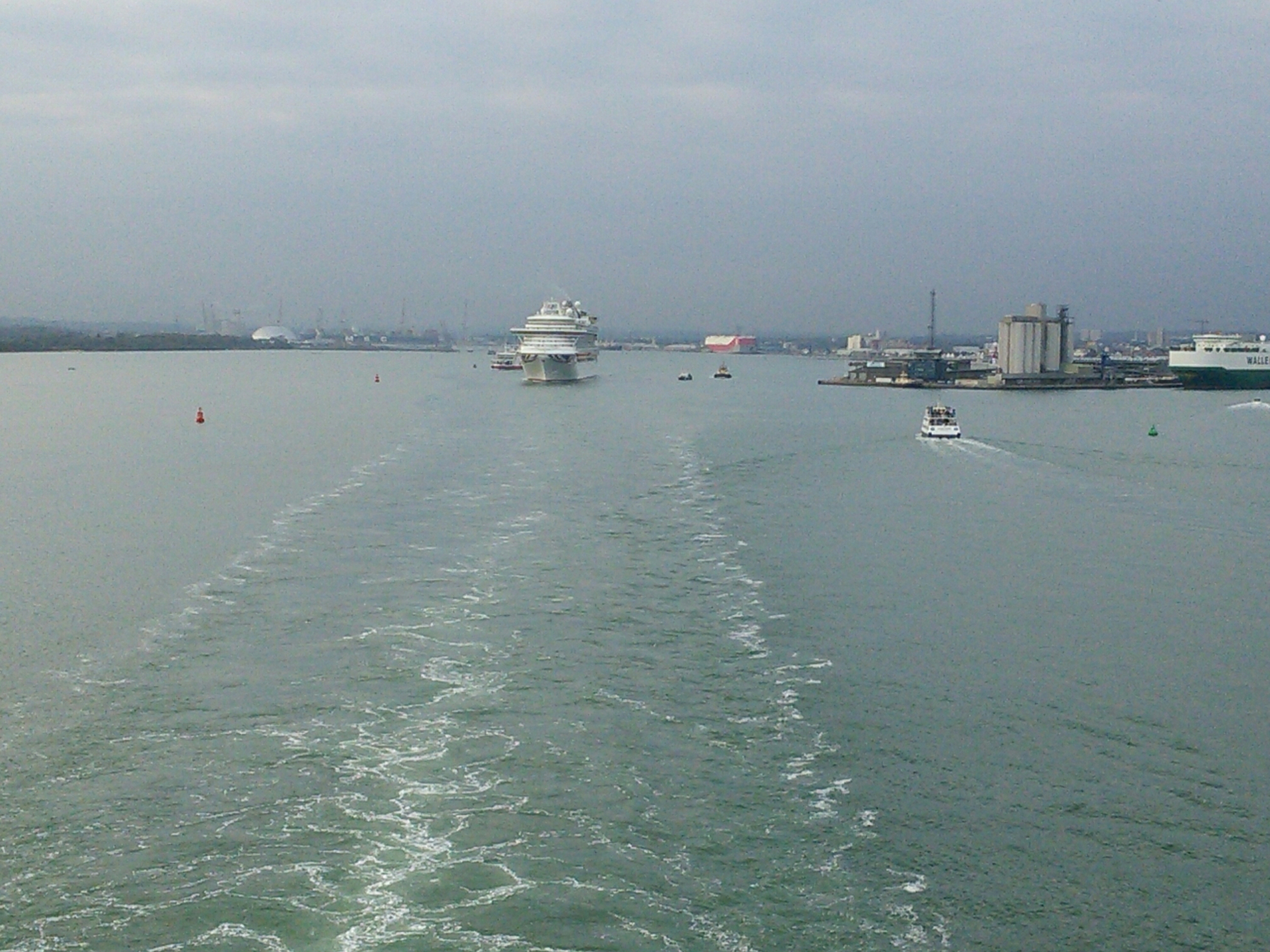 We left New Milton nice and early, arriving at the Ocean Terminal at 13.55, check in was seamless and we were in our stateroom by 14.15, very, very quick. Jane is currently unpacking, so I’m off having a sneaky snack under the pretense of checking out where our table is in the Main Dining Room (MDR).

The reason we had such a seamless and efficient journey to the port, was down to the fact that Jane’s dad could do the journey blind folded. Many thanks John! 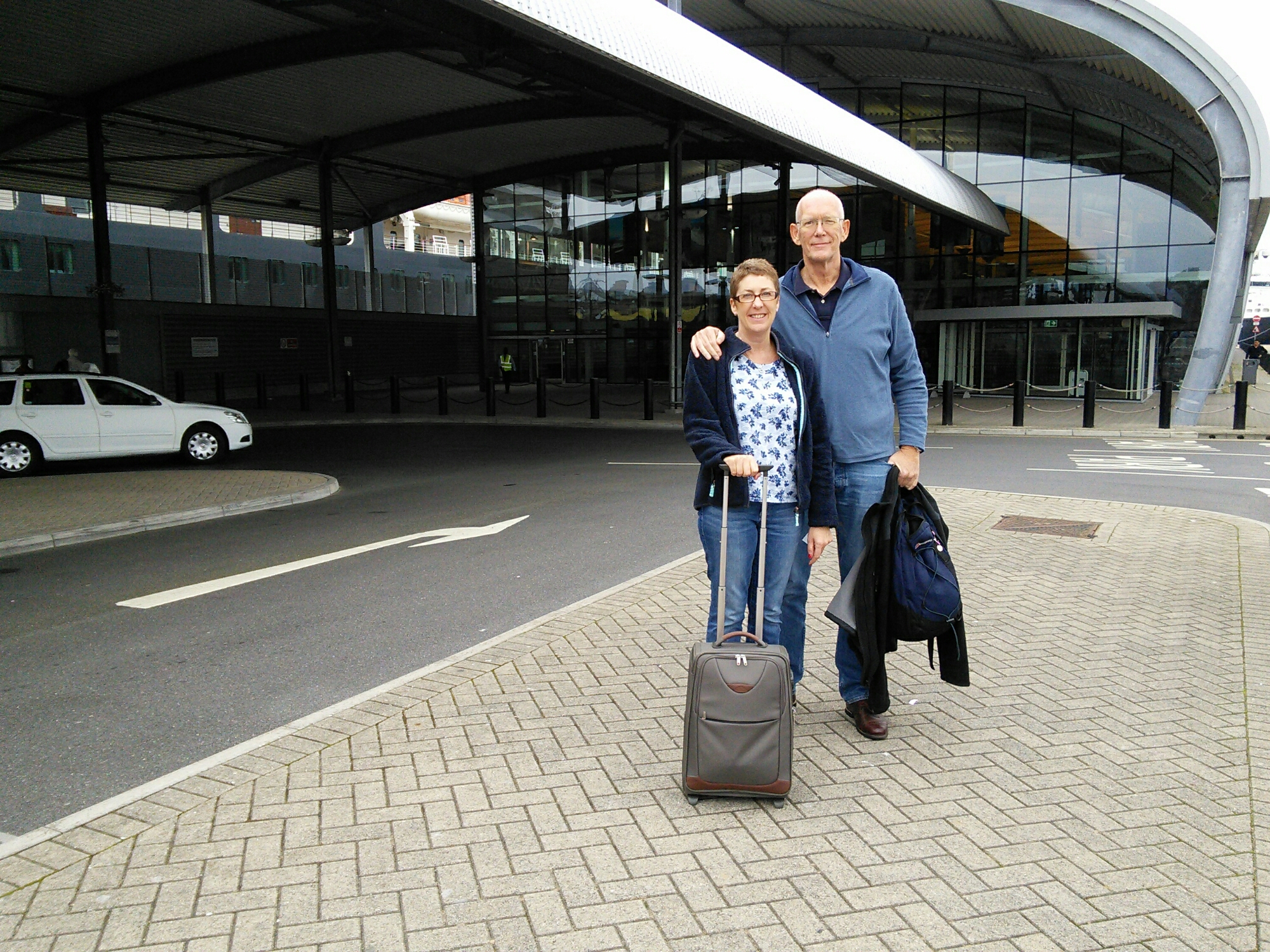 I will be posting my upcoming cruise here in the next week or two. We are travelling on the Greek Islands cruise on Cunard’s Queen Elizabeth. A first for us on this ship having sailed on the Queen Mary 2 and Queen Victoria previously.

It is a seventeen night cruise leaving Southampton on October 7th and calling at the following ports:

Returning to Southampton on the 24th October.

We have two shore excursions booked so far on the cruise.

The 1st is a bicycle ride in Palma in Majorca and the second is Tapas and flamenco dancing in Cadiz.

We did have a third booked, this was the tour of Ephesus in Turkey, unfortunately as the Elizabeth is no longer stopping in Turkey that was cancelled.