We only had the one drink in the Commodore Club before heading down to the stateroom to get ready for dinner. We were going to meet Pat and Giana in the Red Lion for the wipeout quiz at quarter to eight. We weren’t successful in our endeavours, getting eight out of twelve questions correct, the same as the eventual winners, but failing miserably on the  wipeout question. Our winning streak had com to an end.

It was time for dinner and as is traditional on the final formal night, there was the parade of the chef’s, where all the catering staff are paraded through the restaurant to the applause of the guests. The maître de then went on to embarrass us with our gluttony over the past 16 nights. We’ve eaten 20000 eggs, drunk 3 swimming pools worth of champagne, etc. I made those numbers up, but you get the idea. Dinner was excellent yet again, Fois Gras, followed by Beef Wellington and Baked Alaska. Jane started with escargot, Wellington and ended with Macadamia Creme Brulé.

We’ve had a very good table this voyage, our companions for dinner have been brilliant. We are a table of 10, and because the size doesn’t allow for everyone to easily talk to each other across the table, we’ve been switching places every night, which means no one has to put up with me every night, apart from poor Jane. 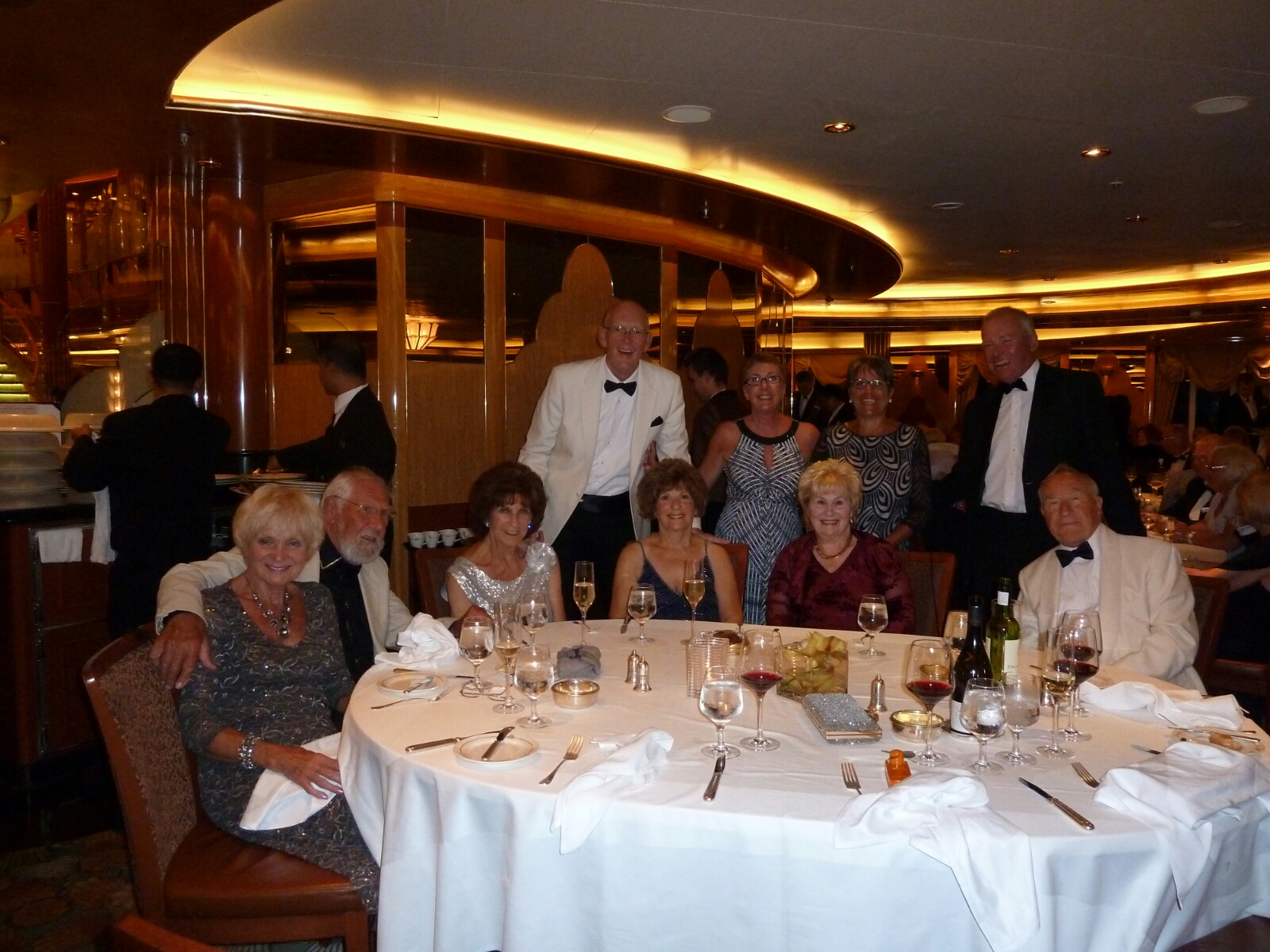 After dinner we headed straight to bed to try and get a better nights sleep for Jane. The Captain has sped the ship up to try and get us across the Bay of Biscay ahead of a storm coming in from the West. Jane has invested in some wrist band snake oil to stave off the effects of motion sickness, let’s see if that works!